Apr 07, 2020  Then I use the ScanSnap Home App on the Mac. The ix500 can only be connected to one computer at any time. So if it was connected before to another computer, it needs a knockknock from the MacBook to know where to send the scans to. So I open the ScanSnap App and establish the connection. MacOS Catalina v10.15 macOS Mojave v10.14 macOS High Sierra v10.13 macOS Sierra v10.12.4 or later; ScanSnap Home for Mac.

So, first off let's take a look at some of the 2017 best screencast software available and some of the features which they consist of. Screencast O-Matic. The first piece of screencast software that we're going to look at is Screencast O-Matic, an incredibly simple option to use. Best screencast software mac 2015. Jan 10, 2020  ScreenFlow is the second-best option in this list, and so if you are a Mac-only user, it is certainly worth considering, mainly because it has a lower price point than Camtasia. Another option worth mentioning is Screencast-O-Matic which is quite beginner friendly and offers the best value for money if you’re fine with the lack of advanced. 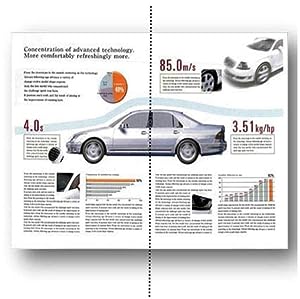 Dec 05, 2018  First noted on Reddit, Fujitsu has oddly not released the 64-bit ScanSnap app for Mac as an update to the original app. Instead, you’ll have to head to Fujitsu’s website and download the new. Apr 24, 2013  I just want to share this tip as I nearby dumped my ScanSnap S510 because it is not officially supported by Fujitsu for Mac computers / OS X. After a bit of research I found that the drivers and software for another ScanSnap model (S1500M) also work for S510 connected to a Mac. I use a current generation (2012 late model) updated with OS X 10.8.2. Page 58: Scansnap Software Installing in Mac OS ScanSnap software Install the following software: ScanSnap Manager ABBYY FineReader for ScanSnap Cardiris The procedure is as follows. Turn on the computer and log in as a user with Administrator privileges. Insert the Setup DVD-ROM into the DVD-ROM drive. The ScanSnap window appears.

My new document scanner quickly emerged as the busiest workhorse on my desk. I had a bunch of old tax returns in my drawer. No more. I just scanned them and trashed the hard copies — in a matter of minutes. Impressively, the 510M scanned both sides of a page in one pass.

Our folder of recipes saved from magazines and such over the years? Gone. The SnapScan not only digitized them but converted them into editable Word documents.

Whenever I receive a form that needs to be returned, I no longer bother with snail mail or fax. If I have an email address, I just scan it and email it.

All of our essential documents, from driver’s licenses to credit cards to passports, have been scanned with the touch of a button.

Meanwhile, thanks to the rise of digital photos and epubs, I hardly ever scan photos or books anymore. My flatbed scanner sits idle for weeks at a time.

Over the years, I have had the opportunity to try out several of Fujitsu’s ScanSnap products, such as the S1100 and S300M. I have written glowingly about all of them. It is with this positive mindset that I approached Fujitsu’s latest scanner, the S1300i. Happily, it maintains Fujitsu’s fine tradition of quality scanners. As an upgrade, however, it is barely worth a mention.

The S1300i is the middle child of the ScanSnap family, with the desktop S1500M as the big brother and the mobile S1100 as the little kid.

At half the size of the S1500M, and with an option to run on USB power, the S1300i qualifies as portable. However, if you want a scanner that you can easily toss into your backpack, you’ll be much happier with the S1100. You’ll have to sacrifice a few features with the S1100, such as dual-sided scanning, but its super small size and light weight make it a worthwhile trade-off.

Who does this leave as the target audience for the S1300i? It’s for people who expect to have the scanner on their desk most of the time but who would rather save $200 bucks (at MSRP) compared to the S1500M and/or who need to take their scanner on the road occasionally.

Depending upon your perspective, the S1300i is either the “best of both worlds” at an affordable price or an awkward compromise machine that doesn’t excel at being a desktop or a mobile scanner. Your call.

All of this could equally be said of the prior generation S1300. What do you get by moving up to the 1300i? Fujitsu claims the 1300i is 1.5X faster. That’s all. If you were hoping for some technological breakthrough, you’ll have to continue waiting. The S1300i is not it.

The 1300i comes with a new version of the ScanSnap software. The primary new feature is the addition of a Dropbox item to the ScanSnap Quick Menu (it only appears if Dropbox is installed on your Mac). This allows you to save scans directly to your Dropbox folder with the click of a button. It works exactly as advertised. However, this amounts to only a minor increase in convenience. Without this option, you can still save scans to Dropbox simply by selecting it as the destination folder in Scan to Folder. The only hassle here is that, if and when you no longer want to save scans to your Dropbox, you’ll have to change the destination path again.

The new software also adds Android device support to the Scan to Mobile feature. This is likely not relevant for most readers at TMO. For iPhones and iPads, Scan to Mobile works in conjunction with a free ScanSnap Connect iOS app. After entering a password to link the iOS and Mac apps together, you can save scans directly to the app on iOS devices. If you forget your password, it won’t be easy to find or reset it. So far, I haven’t been able to figure out how to do this — and Fujitsu has been unable to provide a satisfactory explanation. [If I learn more, I will update the article here.] In any case, it doesn’t matter much as I will almost certainly never use Scan to Mobile. Saving files to Dropbox accomplishes the same goal, but with more flexibility and one less iOS app to worry about.

As has always been the case, Fujitsu relies on third-party software, rather than its own custom software, for most of its post-scanning features: ABBYY FineReader, Cardiris, Evernote, SugarSync, and now Dropbox. Although this could easily wind up feeling cluttered and confused, Fujitsu does a good job of tying them together in the Quick Menu.

For older ScanSnap models, there is no official upgrade option — not even for a fee. This is true even though, as I confirmed via my 510M running the software installed for the 1300i, the upgrade apparently works fine with all ScanSnap scanners. When I asked Fujitsu about whether an upgrade for older models might be offered, they replied: “We’re constantly working with our partners and engineers to provide software upgrades to the Fujitsu ScanSnap scanner line. Today, this new software upgrade is only available for the S1000 series.”

If you own any ScanSnap scanner and are happy with it, especially any 1000 series scanner, there’s no reason to think about replacing it with a 1300i. The improvements in the new model are so minor that the machine barely deserves to be called an upgrade. In fact, I feel a bit misled by Fujitsu. When they asked me to attend their press briefing, they made it sound like there would be more to the 1300i than there turned out to be. I suppose I should not be surprised; that’s part of what marketing does.

On the other hand, if you don’t own a document scanner at all or if you want to move up from an S1100 to something more substantial, the new S1300i is a fine choice. My overall affection for ScanSnap scanners remains unabated.